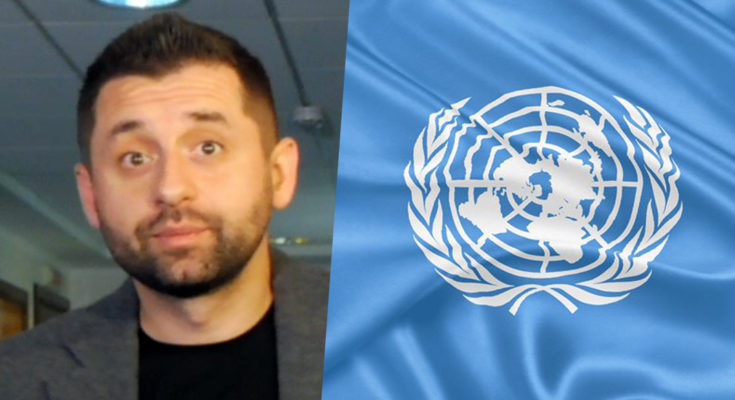 Davyd Arakhamia MP, head of the Servant of the People faction, suggested further investigation must be taken on the matter of arbitrary detentions of conscripts. He promised to initiate the establishment of parliamentary inquiry commission and expressed awareness of the reputation of the Armed Forces of Ukraine. “Generally speaking, I support the abolition of conscription and transition to a professional all-volunteer army. But today, in times of war, we cannot afford it,” Mr. Arakhamia said.

Generally speaking, I support the abolition of conscription and transition to a professional all-volunteer army. But today, in times of war, we cannot afford it.

Davyd Arakhamia MP, head of the Servant of the People faction in the Verkhovna Rada of Ukraine

In support of his position, Mr. Arakhamia argued Ukraine needs to compete with Russia in the size of armed forces and emphasized a lack of budgetary resources. He disagreed that victory can be achieved with skills, not with numbers, and refused to see in the large unprofessional army just an easy target for enemy attacks. He also dodged a question of whether $250 millions of U.S. military aid can help to build a professional army in Ukraine.

Mr. Arakhamia insists it were “one or two” cases when conscripts build private cottages for the officers instead of learning how to fight, and corrupted officers were held accountable in such cases. However, Pravdoshukach Newspaper has reasons to believe that it is a systemic practice flourishing under blind-eye attitudes of authorities. Even after public scandal and criminal proceedings perpetrators avoid liability.

According to Mariana Bezuhla MP (Servant of the People faction, Deputy Chairman of the Committee on National Security, Defence, and Intelligence), new legislation will soon introduce new approaches to military recruitment, since military commissariats are outdated remains of Soviet regime. She assured that Ukraine is heading for the cancellation of the military draft but in due time.

Mykhailo Zabrodskyi MP (European Solidarity faction, First Deputy Chairman of the Verkhovna Rada of Ukraine Committee on National Security, Defence, and Intelligence) said that the committee would investigate every case of the arbitrary detention of conscripts. He thinks the military draft can be canceled by the popular legislative initiative.

Major General Hennadii Dolhashov, Deputy Chief of Staff of the Ground Forces Command of the Armed Forces of Ukraine, quoted by UNIAN, said that in 2019 autumn draft 15 200 male citizens are to be called up for 18 months long military service. The draft age is from 20 to 27 years. Conscripts are never assigned to combat missions in the area of Joint Forces Operation in Eastern Ukraine, he emphasized. Every conscript receives payment of $157.

Major General Hennadii Dolhashov, Deputy Chief of Staff of the Ground Forces Command of the Armed Forces of Ukraine

Our sources in the army inform that conscript gets $157 once after the draft and $16 per month. Many of draftees receive virtually no military training, being used, like slaves, as cheap forced labor at the construction of private housing. Compulsory military service can be prolonged for more than 18 months. This year the order to discharge many conscripts from military service was delayed for three months because of the elections.

United Nations Human Rights Monitoring Mission in Ukraine has interviewed 11 victims of arbitrary detention of conscripts by representatives of the military commissariat who do not have the right to apprehend individuals. The Report on the human rights situation in Ukraine 16 May to 15 August 2019, published by the Office of the UN High Commissioner for Human Rights, describes the following case.

On 28 May 2019, a man was taken by approximately eight men working at a military commissariat as he was returning home. They put him in a car and brought him to the district conscription office where he was detained overnight. The next morning they brought him to the pre-assignment unit. He was threatened with 20 years of imprisonment if he attempted to refuse military service; no such punishment is prescribed by the law for any crime. On 30 May he was released after he posted his story on a popular website, which went viral. As he was leaving, the officers there threatened: “You should look back when you walk around town.”

OHCHR is aware of at least 11 individuals who were arbitrarily detained in the scope of the spring conscription into the Ukrainian armed forces.

Office of the United Nations High Commissioner for Human Rights

As we reported earlier, 20-year-old Yehor Potamanov was abducted at the street in Kharkiv when he was taking his sick father to the hospital with his brother. Yehor was shoved into a car and dragged in handcuffs to military commissariat where he refused to take an oath and started a hunger strike. Yehor’s brother participated in a picket of Ukrainian Pacifist Movement and told journalists that hundreds of conscripts were abducted the same way at the streets of Kharkiv this summer. Three of them cut their veins and one hanged himself in desperate attempts to get an exemption from draft on the ground of mental disorder. Abducted conscripts’ requests to meet with their relatives were refused since authorities tried to conceal bruises and injuries caused by violent transportation to military commissariat. Police failed to investigate the abduction, inhuman treatment, and abuses of power during so-called hunting for draftees.

Ruslan Kotsaba, leader of Ukrainian Pacifist Movement, said at OSCE human dimension implementation meeting in Warsaw that forced military service is contrary to democratic values, the world’s leading democracies united in the G7 abolished conscription long time ago. He called to stop arbitrary detention of conscripts, to eliminate the outdated institution of conscription and to fulfill promises, given many times, to create a professional all-voluntary army in Ukraine.

Forced military service is contrary to democratic values. The world’s leading democracies, united in the Group of Seven, abolished conscription a long time ago.