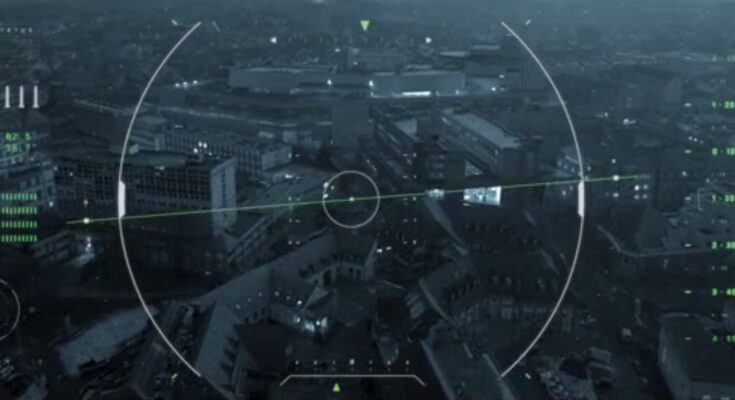 As Ukraine became a battlefield of the new cold war between United States and Russia, our peaceful life was torn apart by militant domestic nationalism and both competing aggressive imperialisms. We should get out from a dead corner of permanent war, economic and democratic decline, but it is not easy to pursue hopeful future.

STUCK IN THE PAST

Many of our troubles are caused by a fact that whole world stuck in the past. This hot summer revealed it vividly.

Summit of NATO, this relict of cold war epoch, positioning itself as the strongest democratic alliance in history and a leading contributor to international security, endorsed new nuclear arms race against Russia and proclaimed opposition to the Treaty on the Prohibition of Nuclear Weapons which was supported by the majority of United Nations.

Zbigniew Rau, Gabrielius Landsbergis, and Dmytro Kuleba, foreign ministers of Poland, Lithuania and Ukraine, signed a declaration claiming common historical heritage of Polish–Lithuanian Commonwealth. It mentions “European identity of Belarusians, Lithuanians, Poles, and Ukrainians” suggesting they fought in the past and should fight again “despotic Russia,” and Ukraine should join NATO.

Then President of Russia Vladimir Putin wrote a long doctrinal article about “historical unity” of Russians, Ukrainians, and Belarusians as descendants of Ancient Rus, which should stay together against supposedly hostile United States and European Union. He emphasized that those who turn Ukraine in the enemy of Russia “will destroy their own country,” threatening: “we will never allow our historical territories and people close to us living there to be used against Russia.”

Dark histories invoked by politicians weaponize dangerous half-truths. Building the myth of “us” against “them,” high-ranked storytellers try to erase from popular memory biological unity of all humans, intercultural capacities to find common ground, and long historical periods of relative peace when feelings of universal brotherhood and sisterhood were widespread.

People of Ukraine were cornered by these great power tensions and forced to decide what side should we take. Ironically, instead of the dead corner metaphor we prefer to be optimists and call it opportunity for democratic choice, made by public gathering at square (“maidan” in Ukrainian), in particular Independence Square in Kyiv.

Seven-years’ war in Donbas between Ukrainian and pro-Russian combatants killed and wounded tens thousands of civilians and deprived of home more than two million. Both sides, according to OSCE reports, almost every day violate ceasefire established by Minsk agreements, and Ukraine refuse to negotiate peace with separatists, as Russia demands, claiming they are agents of Russian occupation.

In Crimea seized by Russia people suffer irrespectively of their (non-)allegiance to Ukraine, either from political repressions by de-facto authorities or from international and Ukrainian economic sanctions, including water blockade.

Great powers play with fire, organizing frightening military operations in and around Ukraine. NATO and Russia send troops to secure their interests on the ground, simulate naval war with each other during dangerous drills in Black Sea. In arms race with Russian nuclear-capable navy in Crimea, NATO plans to build two naval military bases in Ukraine.

Each side in the hybrid war tells compelling but yet a half-truth, or, to say sincerely, a false story, why it is “just war” of self-defense. These stories are good illustration of 1921 Bilthoven statement of principles adopted by war resisters: we should not support any kind of war, “aggressive or defensive, remembering that modern wars are invariably alleged by Governments to be defensive.”

MILITARIZATION AND DECLINE OF DEMOCRACY

News is not news anymore, media aren’t media; they are Russian or Western propaganda subject to information war and censorship. The same problem with education and science, battle of historical half-truths is good example. Law is turned to lawfare: instead of human rights, we protect politically expedient rights of “our people” and punish “enemies” as severely as “we” can.

Ukrainian civil society was polarized and weaponized by the notions of exclusive identity, awaken by the new cold war. Ukrainian nationalists refuse to tolerate any tradeoffs to Russia, gather rioting crowds against implementation of Minsk agreements, violently silence opponents. There are also right-wing proponents of Russia and Soviet past; formally, they call for peace, but in fact it is call to take side of Russia in the new cold war.

President Volodymyr Zelensky, elected after promising peace, stated that peace should be “on our terms” and shut up pro-Russian media in Ukraine, like his predecessor Poroshenko blocked Russian social networks and pushed official language law forcibly excluding Russian from public sphere.

Zelensky’s party Servant of the People committed to increase military spending to 5% of GDP; it was 1,5% in 2013, now it is more than 3%. With majority in parliament, presidential political machine concentrates political power in Zelensky team’s hands and multiplies militarist laws, such as draconian punishments for evaders from conscription and creation of new “national resistance” forces, increasing personnel of armed forces in Ukraine by 11 000, creating military units in local governments for mandatory military training of millions of people aimed to mobilize whole population in the case of war with Russia.

According to the 2019-2020 EBCO annual reports “Conscientious Objection in Europe,” those who refuse to kill have a little chance to legal recognition and protection of their beliefs during conscription in Ukraine and Russia, not to say in separatist “people’s republics.” Alternative non-military service arrangements are hardly accessible, discriminatory and punitive in nature.

HOPE FOR PEACE AGAINST ALL ODDS

Public opinion polls paradoxically show that majority of people demand peace, but trust Armed Forces of Ukraine more than any of political institutions. Faith in “peace through victory” is result of political illiteracy and lack of peace culture.

Peacebuilding projects funded by international organizations heal some wounds of war, but strategically are focused on social cohesion around militant national identity. Many of them avoid to use the word “peace” itself because of patriotic reasons: right-wing propaganda equates it with “Russian world.”

There is no strong public voice of common sense in Ukraine denouncing in principle and impartially toxic militarist policies and identities, like Stalinist and Banderite, or generally denouncing all war and preparations for war. Main churches, while sometimes praying for peace, made clear unequivocally what side they took in the geopolitical battle.

Consistent pacifists, religious or secular, in our society are tiny minority treated like dreamers, in the best case, but usually as heretics and traitors.

Pacifist Ruslan Kotsaba who denounced mobilization to Donbas war in 2015 YouTube video was jailed for treason, acquitted and released, put on trial again with mobs of haters surrounding the court during every hearing. Recently neo-Nazi assaulted him on railway station, he lost sight on one eye because of splashed brilliant green. Police failed to arrest perpetrators.

Netflix sci-fi war film “Outside the Wire” prognoses endless violence will turn Ukraine into wasteland during coming decades. The only way to prevent such grim future is to learn how to achieve peace by peaceful means, but very few people believe in such perspective and work on it.

Despite challenging environment, we try to build peace in minds and in real life of people on the basis of consistent pacifism, according to War Resisters’ International declaration, using our limited opportunities and resources. It seems that whole worldwide anti-war movement do the same. For progress in this cause, we need to develop and enact universal peace plan more effective and realistic than strategies of the new cold war.

ABOUT THE AUTHOR. Yurii Sheliazhenko is executive secretary of Ukrainian Pacifist Movement, member of the Board of European Bureau for Conscientious Objection, member of the Board of World BEYOND War. He obtained Master of Mediation and Conflict Management degree in 2021 and Master of Laws degree in 2016 at KROK University, and Bachelor of Mathematics degree in 2004 at Taras Shevchenko National University of Kyiv. Apart from participation in the peace movement, he is journalist, blogger, human rights defender and legal scholar, author of tens of academic publications and lecturer on legal theory and history.

THIS ARTICLE was published in Dutch translation under a title “A pacifist voice from Ukraine: in the hybrid clamp between NATO and Russia” (“Een pacifistisch geluid uit Oekraïne: In de hybride klem tussen NAVO en Rusland”) in VredesMagazine, vol. 14 iss. 4, 2021.