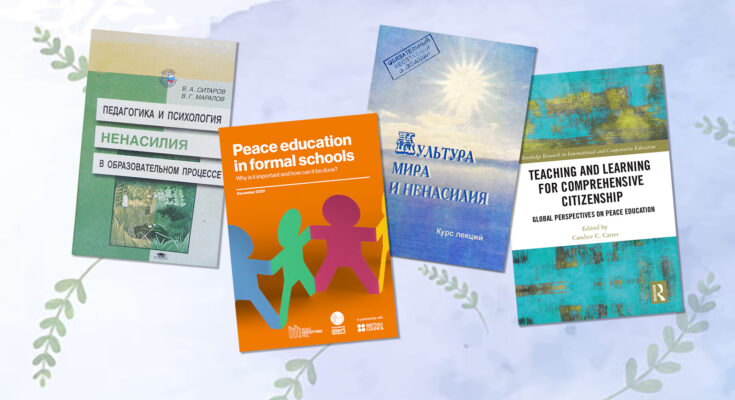 Eastern Europe in the 20-21 centuries suffered a lot from political violence and armed conflicts. It is time to learn how to live together in peace and in pursuit of happiness.

Traditional approach to prepare youth for participation in adult political life in the countries of Eastern Partnership and Russia was, and still is, a so-called military patriotic upbringing. In Soviet Union, ideal citizen was seen as loyal conscript obeying commanders without questions.

In this paradigm, military discipline was a model for civilian life excluding dissent from political sphere. Of course, any sorts of conscientious objectors to military service, such as followers of the “apostle of nonviolence” Leo Tolstoy and folk Protestants, were repressed during campaigns against “sects” and “cosmopolitism.”

Post-soviet nations inherited this paradigm and still tend to upbring rather obedient soldiers than responsible voters. Annual reports of the European Bureau for Conscientious Objection (EBCO) show that conscripts in the region have little or no opportunity to legal recognition of their denouncement of war and refusal to kill.

As inform Deutsche Welle, in 2017 at the international conference in Berlin experts discussed risks of post-soviet military patriotic upbringing, which promotes authoritarianism in Russia and far-right policies in Ukraine. Experts suggested that both countries need a modern democratic education for citizenship.

Even earlier, in 2015, the Federal Foreign Office of Germany and the Federal Agency for Civic Education supported the Eastern European Network for Citizenship Education (EENCE), a network of organizations and experts aiming at development of citizenship education in the region of Eastern Europe, including Armenia, Azerbaijan, Belarus, Georgia, Moldova, Russia, and Ukraine. Participants of the network sign a memorandum, which expresses a bold commitment to the ideas of democracy, peace, and sustainable development.

The idea of preventing war by a civic education for peace culture can be traced to the works of John Dewey and Maria Montessori. It was excellently said in UNESCO Constitution and repeated in the 2016 Declaration on the Right to Peace adopted by the General Assembly of the United Nations: “since wars begin in the minds of human beings, it is in the minds of human beings that the defence of peace must be constructed.”

Worldwide moral impulse to educate for peace was so powerful that even standards of patriotic upbringing were unable to prevent some enthusiast peace educators in the Soviet Union and post-soviet countries to teach the next generation that all people are brothers and sisters and should live in peace.

Without learning the basics of nonviolence, Eastern European peoples probably could shed much more blood during dissolution of the communist empire, next political and socio-economic conflicts. Instead, Ukraine and Belarus abandoned nuclear weapons, and Russia destroyed 2 692 of the intermediate-range nuclear weapons. Also, all Eastern European countries except Azerbaijan introduced alternative civilian service for some conscientious objectors to military service, which in practice is hardly accessible and punitive in nature but still is progress comparing with Soviet total non-recognition of the conscientious objectors’ rights.

We make some progress with peace education in Eastern Europe, we have a right to celebrate achievements, and there are tens and hundreds of news in our region every year about celebrations of the International Day of Peace 21 September in schools and universities. However, we can and should do more.

Usually, peace education is not explicitly included in school curricula, but its elements can be implemented in some courses of formal education, like the basics of social sciences and humanities. Take, for example, world history: how can I teach it without mentioning peace movements in 19-20 centuries and the mission of the United Nations to establish peace on Earth? H.G. Wells wrote in “The Outline of History”: “A sense of history as the common adventure of all mankind is as necessary for peace within as it is for peace between the nations.”

Caroline Brooks and Basma Hajir, authors of the 2020 report “Peace education in formal schools: why is it important and how can it be done?”, explain that peace education seeks to equip students with the capacity to prevent and resolve conflicts by tackling their root causes, without recourse to violence, through dialogue and negotiation, and enable young people to become responsible citizens who are open to differences and respectful of other cultures. Peace education encompasses also topics and issues of global citizenship, social and environmental justice.

In the classrooms, in summer camps, and in every other suitable spaces, discussing human rights or sustainable development goals, training peer mediation and other soft skills of civilized social life, we educate for peace next generation of the citizens of Europe and the people of Earth, mother planet of all humans. Peace education gives more than hope, indeed, it gives a vision that our children and children of our children can prevent fears and pains of today using and developing tomorrow the best of our knowledge and practices of creative and democratic peace to be truly happy people.

Yurii Sheliazhenko is executive secretary of the Ukrainian Pacifist Movement, member of the Board of European Bureau for Conscientious Objection, member of the Board of World BEYOND War. He obtained a Master of Mediation and Conflict Management degree in 2021 and a Master of Laws degree in 2016 at KROK University, and a Bachelor of Mathematics degree in 2004 at Taras Shevchenko National University of Kyiv. Apart from participation in the peace movement, he is a journalist, blogger, human rights defender and legal scholar, author of tens of academic publications, and lecturer on legal theory and history.