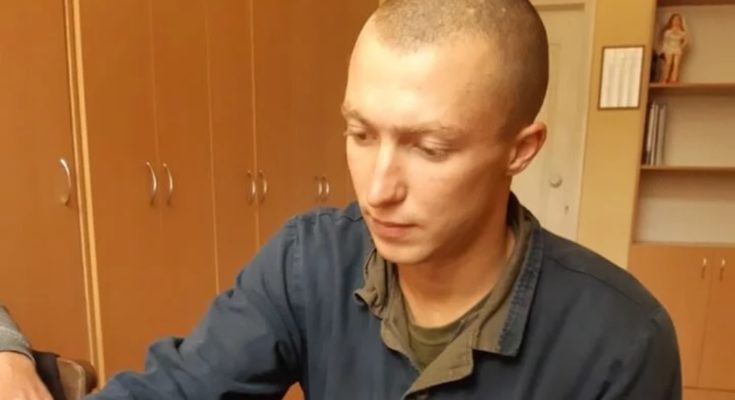 Cruel hunting for draftees at the streets is a common practice of brutal enforcement of conscription in Ukraine. Conscientious objection is practically forbidden. Near 17 000 of people punished the last five years for avoiding military service. Petitions to the president Zelensky calling to abolish conscription gathered more than 10 000 signatures.

20-year-old Yehor Potamanov was abducted by police and military commissariat (voyenkomat) in Kharkiv during the raid after young conscripts on the streets of the city. It seems that siloviki were unable to find a better way to recruit 18 752 citizens for military service in 2019 as demands order of the Cabinet of Ministers of Ukraine. Yehor fell into the clutches of kidnappers when he was taking his sick father to the hospital with his brother. Protesting against the abduction, he resorted to week-long hunger strike and refused to take military oath.

Merciless and scandalous hunting for draftees became a common practice of voyenkomats in Ukraine. Their raids terrorize people on crowded streets and squares, at transport stations, in places of trade and entertainment, even in student dormitories and night clubs. More than a million of young Ukrainian males, aged from 20 to 27 years, live in fear of being captured at work, at a concert, or on the way home. Raiders may shove them into a car and take to a military commissariat, then to a distribution point, where the victim of army moloch will be enlisted, often shaved and forced to wait several days in creepy environment before the transportation to a military unit. Military officials are not abducting women, for now, since the law on compulsory military service discriminates men.

Citizens of Ukraine are deprived of normal civilized ways to reject or quit military service. Any objections of people unwilling to be soldiers are ignored or severely punished if the objector persists. The penalty may be a fine, arrest, imprisonment, as well as detention on guardhouse or in a disciplinary battalion. Different forms of imprisonment for escaping from the army vary from a few months to several years. Refusers to perform military service were punished under Articles 172-11 (unauthorized abandonment of a military unit or location) and 211-1 (failure to appear on a call to the military commissariat) of the Code of Ukraine on Administrative Offenses, as well as under Articles 335 (evasion of compulsory enlistment to military service), 336 (evasion of military draft during the mobilization), 337 (evasion of military registration or combat trainings), 407 (unauthorized abandonment of a military unit or location), 408 (desertion), 409 (evasion from military service by self-harm or by other means) of the Criminal Code of Ukraine.

According to official judicial statistics, 16 806 people in 2014-2018 were punished for the mentioned forms of refusal of military service, 2 744 of them sentenced to imprisonment. The highly cynical and brutal measure is criminal punishment of those who, in the hope to avoid unbearable military service, have wounded or crippled themselves. They already suffer deeply from self-inflicted injuries, from fear and moral pressure of the military machine. But ruthless law requires to make them suffer more, sentencing them to near-slavery service in a disciplinary battalion for up to two years, or imprisoning them for two to five years. In the period, mentioned above, 149 Ukrainians were punished by the court’s sentences under the article of the Criminal Code of Ukraine referring to evasion of military service by self-mutilation, 26 of which were deprived of liberty.

No excuses can justify the systemic practice of military sadism. The cruelty of the state can’t be legitimized via referring to the cruelty of strategic rivals. The constitutional obligation of citizens to defend their nation cannot demand compulsory military service since many people prefer non-violent means of defense against aggression. The constitution of the state should supplement, not break, the constitution of the human – personal, freely chosen way of life, which can be profoundly based on a refusal to participate in armed conflicts.

There are many lies, shaming pacifists as possible traitors and enemies of the people, claiming that only violence can overcome violence. History, however, shows there were no large-scale wars in the world before the establishment of mass armies. And even after the emergence of mass armies, the vast majority of people live peacefully for most of their lives, because people do not want war.

The brutal huddling of people into mass armies over the past few centuries framed a global war machine that permanently destroys human lives. And wars do not happen because some aggressor attacked first, but because in every country this war machine inflames prideful hatred, pushing people to military service, lying, lying and lying about the necessity of violence and wonderful effects of it. The causes of wars are not political, but economic: arms race, compulsory education for aggressive patriotism, and skyrocketing growth of military budgets inevitably lead to the massacre.

We must stop the war machine. First of all, compulsory military service should be prohibited. President Volodymyr Zelensky must stop military sadism. The way he can do it is to introduce an urgent bill on the abolition of conscription and decriminalization of refusal to bear arms. He has all support in the recently elected parliament necessary to pass the bill. Several online petitions to President Zelensky calling to abolish conscription already gathered thousands of signatures, and will of Ukrainian people demanding peace is many times indicated by surveys of public opinion.

During more than two decades different national leaders of Ukraine promised to abolish military draft and create a completely voluntary professional army. A few years ago Ukraine informed the United Nations that our military service would become voluntary and non-discriminatory. It’s time to keep the promises.