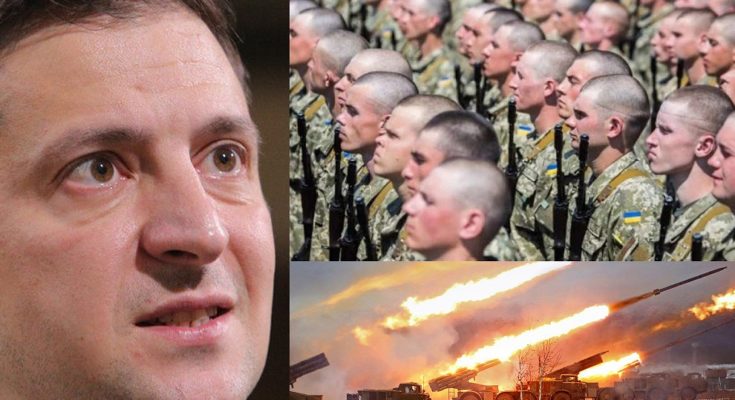 NGO Ukrainian Pacifist Movement called president Volodymyr Zelensky to withdraw his Bill No 3553, which introduces dangerous elements of the military dictatorship in Ukraine. The statement of Ukrainian civil society was disseminated globally by War Resisters’ International, one of the most famous worldwide pacifist networks with centennial history. President Zelensky’s press service didn’t answer to the request of The Truth Seeker newspaper asking for comments on the statement of pacifists and perspectives of withdrawal of the Bill No 3553.

Ukrainian Pacifist Movement is a non-governmental, nonprofit, nonpartisan organization, founded in 2019 (by Ruslan Kotsaba, Ihor Skrypnik, and Yurii Sheliazhenko), aimed to promote the right to peace, disarmament, the abolition of conscription, nonviolent resolution of conflicts, and democratic civilian control over military affairs. The organization is a member of the European Bureau for Conscientious Objection and a section of War Resisters’ International. In 2020, the Ukrainian Pacifist Movement signed the War Resisters’ International Declaration: “War is a crime against humanity. I am therefore determined not to support any kind of war and to strive for the removal of all causes of war.” Here the full text of the statement of Ukrainian pacifists.

STATEMENT OF THE UKRAINIAN PACIFIST MOVEMENT

BILL № 3553 ON ZELENSKY’S MILITARY DICTATORSHIP SHOULD BE WITHDRAWN

The Ukrainian Pacifist Movement condemns Bill No 3553, recently sent to parliament by President Zelensky. The bill introduces intolerable elements of military dictatorship: mandatory military registration for employment, draconian fines and imprisonment for conscientious objection against military service and for solidarity with those who refuse to kill fellow humans, legalisation of police hunting for draftees in the streets with forcible transfer to army recruitment centres, and the maintenance of a costly and dangerous shadow army of military reservists ready to rapid mobilization for adventurous military campaigns. If parliament passes the bill, Ukraine will face further bloodshed, crime will rise, and our economy will fall into deeper misery and shadows. Thousands of additional Ukrainian citizens will seek asylum abroad, away from war and violence destroying their peaceful way of life.

President Volodymyr Zelensky was elected in 2019 because he spoke publicly about his dreams of stopping the shooting and abandoning the mass army in favour of a professional one. However, Zelensky’s current policy demonstrates the deceptiveness of advertised “dreams” and the tendency to sick delusions.

We call on President Zelensky to withdraw his Bill No 3553 on military dictatorship as it violates not only his public promises to voters, but, more importantly, constitutional and fundamental human rights: the right to peace, the right to work, the right to freedom of thought, belief, and to conscientious objection against military service.

We believe that the Verkhovna Rada of Ukraine should not rush to pass a law on military dictatorship, which undermines the constitutional foundations of a democratic civil state governed by the rule of law in Ukraine. Public discussion of the scandalous bill No 3553 should be ensured at all stages of the parliamentary procedure. The will of Ukrainian people demanding to stop the war must be fulfilled. Parliamentarians should hear and take into account the proposals of Ukrainian pacifists about possible ways to achieve peace in our country and around the world.

War is a disease. Peace in Ukraine is a demand of healthy common sense and the vast majority of citizens. The nation needs radical demilitarisation, a peaceful dialogue to resolve the conflict in Eastern Ukraine, immediate abolition of conscription, disarmament, a decrease in military spending, and increased funding of welfare programs to address pressing socio-economic issues.

We insist that, in accordance with international law, Ukraine should respect its obligations to the human rights to conscientious objection against military service and, at least, should make alternative non-military service available for everyone. The 2019 Annual report of the European Bureau for Conscientious Objection revealed that in Ukraine objectors are discriminated against, alternative service is hardly accessible, and draft evasion is criminalized. Therefore, today Ukraine systematically violates Article 18 of the International Covenant on Civil and Political Rights and Article 9 of the European Convention on Human Rights (Convention for the Protection of Human Rights and Fundamental Freedoms). Adoption of the Bill No 3553 will deepen the existing problems with the implementation of these human rights in the legal system of Ukraine and will lead to serious human rights violations.