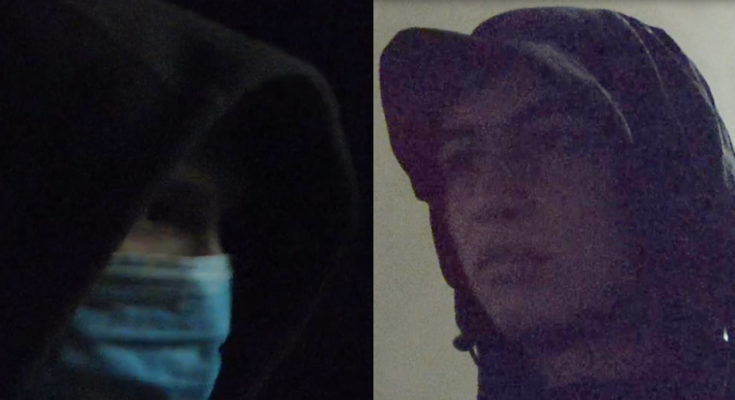 Yurii Sheliazhenko, the editor of Pravdoshukach Newspaper, was attacked by extremists at the door of his apartment in Kyiv, Ukraine 26 September 2019. Attackers broke his photo camera. The attack coincided with problems in availability of the website of newspaper resembling DDoS attack.

Coming home, Mr. Sheliazhenko saw hate message at the wholly painted door of his apartment, including overpainted door sign of Pravdoshukach Newspaper. Similar messages he received last weeks on Facebook to the publications about the right to peace, cruel treatment of conscripts, and activities of Ukrainian Pacifist Movement. He called the police and started to photo and to film the door polluted with red paint.

After 40 minutes, police still don’t come, but criminals returned to the place of crime, to make their video. When Mr. Sheliazhenko started to record the crime, one of the extremists hit him and broke his photo camera. Then attackers fled. The police came only after two hours.

Video of the crime was retrieved from a broken photo camera, including the face of one of the attackers. Other attacker hid the face under the surgical mask.

“This disgusting attack on the Pravdoshukach Newspaper will not make fear prevail. No haters can shut up millions of peace-loving Ukrainians. Our newspaper will continue to tell the truth as we do it during the last ten years. We demand peace, and we encourage readers to believe in themselves. Deep in the heart, we all know that love is stronger than hatred and courage is stronger than fear. Reason and calm will overcome the evils of war and terror,” said Yurii Sheliazhenko.